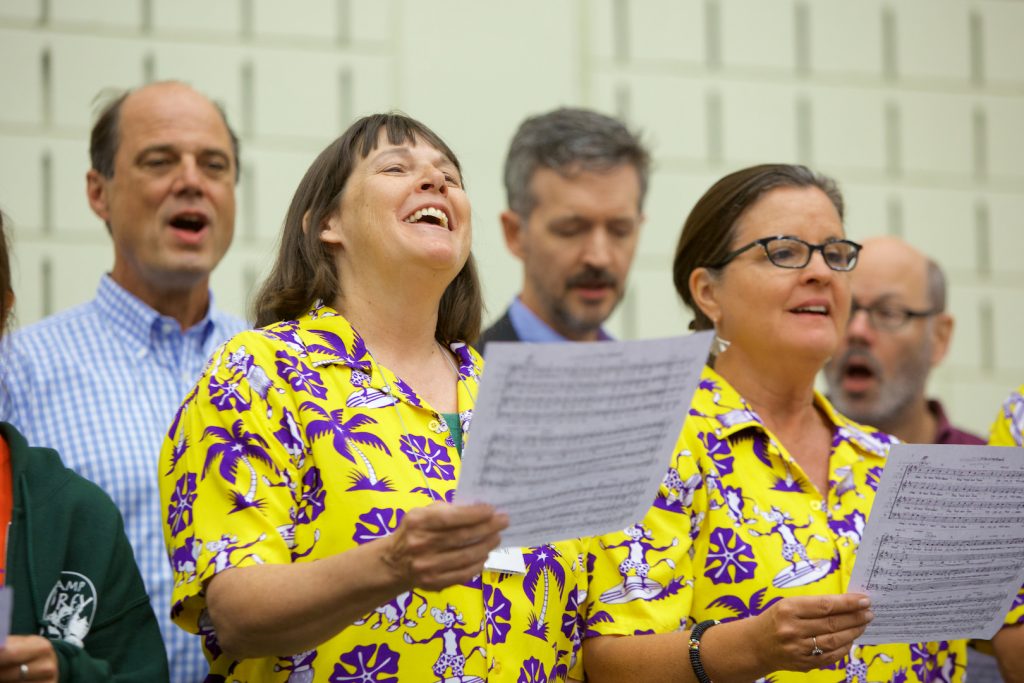 Williams has a long history of communal singing.

Throughout the years, Ephs have sung together in organized choral and a cappella groups, during celebrations such as Mountain Day, and informally among friends. However, Songs of Williams, our official college songbook, was last updated in 1959, when Williams was a very different place.

To bring our songbook into the 21st century, the Purple With Purpose initiative of the Teach it Forward campaign included a song competition to solicit songs for a new edition of Songs of Williams. Members of the Williams community were invited to submit songs for inclusion in the new edition. Our talented Selection Committee identified 10 songs for inclusion in the new songbook. Three of those songs were put to the entire Williams community for a vote to identify a winner, which was the wonderful “Echo of Williams” by Kevin Weist ’81 and Bruce Leddy ’83.

The new Seventh Edition of Songs of Williams includes some old favorites, new songs, and some selected songs from the 1959 edition. We hope that it helps connect the Williams of the past with the Williams of the present and future, and that Ephs will continue to sing together for years to come.

While all the songs from the new edition of Songs of Williams are available for download here, we also have printed copies of the new songbook available for purchase. Take advantage of this opportunity to own a unique item that is quintessentially Williams. Copies are priced at $10 each.

Select Williams facilities and events are open to the public. Admission tours are available and guests are welcome at the Williams College Museum of Art, Sawyer and Schow Libraries and outdoor athletic events. Visitors are also welcome at indoor competitions and some performances and events. Proof of vaccination and masking are required for entry. See the Visiting Campus page for details.