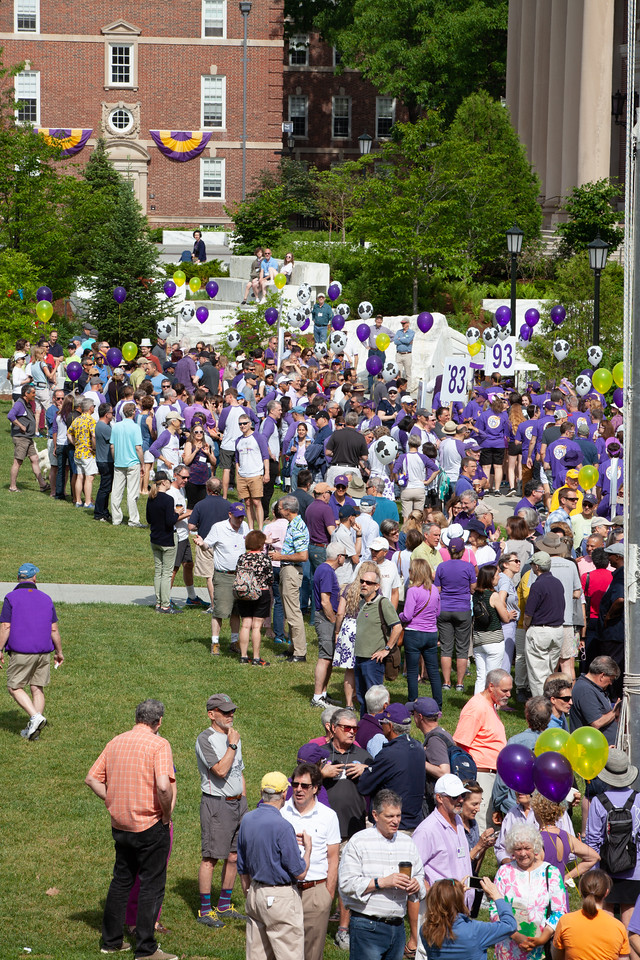 Reunion 2018 brought scores of Ephs and their friends and family back to campus. With nearly 1,900 alumni, close to 500 children, and over 3,100 total people descending on the Purple Valley, the college hosted a weekend of sun, fun and purple! The campus was bedecked with 8 tents, 55 tangerine-shirted Reunion Rangers, 3000 bagged lunches in cow-clad reusable totes, and purple as far as the eye could see. The sun shone brightly all weekend long, a rarity for a Williams Reunion, with 33% of the Ephs in classes in the 3s and 8s returning to campus.

Review the weekend line-up in the full Reunion 2018 program.

The following awards and announcements were presented at the 196th annual meeting of The Society of Alumni on Saturday, June 9, 2018:

Oldest alumnus in attendance was Wayne Wilkins from the class of 1941 celebrating his 77th Reunion! 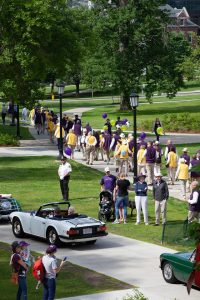 New Members of the Executive Committee of the Society of Alumni

50th Reunion Fund Co-Chair John Oppenheimer ’68 presented the Class of 1968’s 50th Reunion gift. The total gift came to $41,001,968, of which $16.48M was raised to support its two class gift purposes – the ’68 Center for Career Exploration and the Class of 1968 Scholarship. Another $2.93M was raised in Alumni Fund gifts and pledges. Roughly 85% of the class made a gift that counted toward the overall total. 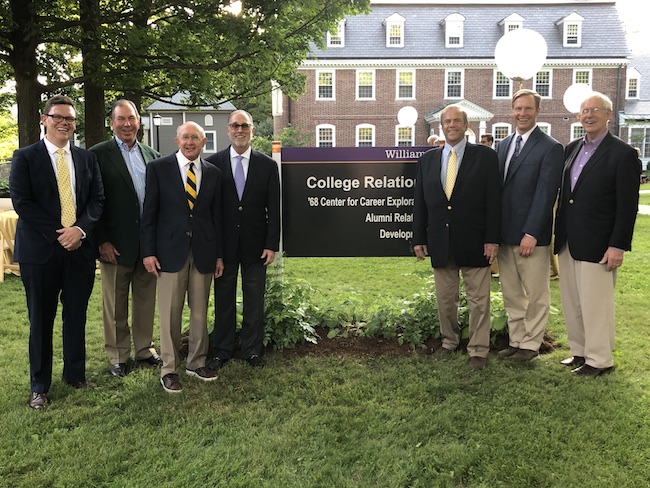 25th Reunion Fund Co-Chairs Jonathan Coleman ’93 and Mika Frechette ’93 presented the college with the ‘93 25th Reunion gift of $7.5 million, with $2 million supporting their class gift purpose, the Class of  ’93 Fund for Integrative Wellbeing. The class also supported the Alumni Fund with an additional $1.2 million in gifts and pledges. Just over 65% of the class contributed gifts towards these efforts.

See our Covid-19 website for strict health and safety protocols for those who remain on campus. All Williams College buildings are closed to the public and visitors until further notice.