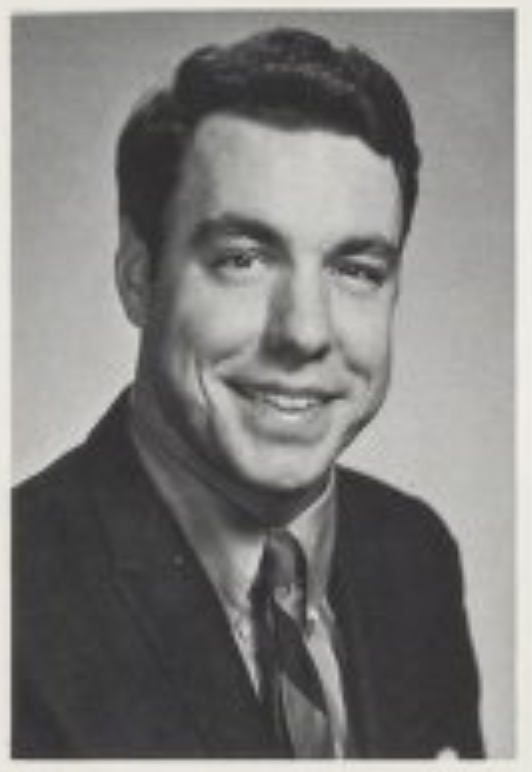 Poetry was a way of capturing what Williams meant to me. My first Williams Poem was written 35 years after I graduated from Williams. I wrote the poems because I wanted to give back to Williams in a way that allowed me to thank all my wonderful classmates for the amazing things they gave to me during my undergraduate years.

In addition, I had not talked to any of my friends during my time away from Williams and wanted them to know how important they had been to my life. These poems allowed me to bring Williams back to them in a way that would allow them to see the beauty that was Williams to me. Williams is my life both my daughter Amy, Class of 1995 and my son Joshua, Class of 1999 carried on the Williams tradition as well.

To all my good friends who made me who I became, thank you for all your kindness and patience with me.

With much happiness and love that I was once graced by being part of the Williams family, here is hoping I can bring that back to you.

He was a simple man, a Man of humble beginnings
Not much to look at but his features distinct
Balding dark black hair
A face full, two or three chins with a ruddy complexion
A massive belly hanging over his belt
At upright position, a full 6 feet, weight 300 plus change

But what I remember of this man
That would dramatically impact my life
Were his eyes, his commanding voice
His walk, his total command of life
His kindness, generosity, his ability to touch, to mentor, to forgive
To move on

I met him in my second year of college
He the Cook and Chief bottle-washer of our fraternity
I, a poor student in need of cash to supplement my scholarship
To make ends meet

What I got was much more than money
Street smarts, education, philosophy, religion and history
I was given hard work, good conversation and a respite from academic pomposity
From the pressures, the stresses of trying to find myself
Determine who I was

I was given perspective
This gentle soul graced me with his time, his ideas
Our discussions priceless

Because of him I began to believe in myself, in others
To be appreciative of the common man
Of doing what is right no matter the cost
To always honor each person I meet by not pre-judging them
By their color, religion, and background
But
Letting each creature tell their own story, make their own mistakes
Forgiving them and myself our flaws

He mentored me on life, handling people
On the disarming qualities of a well-timed smile
A look which pierces the Soul of those with whom I interact
The power of questions

His most compelling features
Eyes which expressed ideas, emotions changing a dozen times a minute
Sparkling, animated, telling their own story even if no words spoken
A voice coming from deep within his chest
Bellowing, reverberating as if coming from God, Moses on the Mount
No denying the content of the meaning when he said it
The listener knew it must be so

This Man of a simple, humble past
Was the reason for my growth and my survival
Helped lay the bricks for my foundation
To not only glean all that I could from college
Prepared to live out my life with grace, courage, and love
But most importantly with tolerance, forgiveness, and compassion

For his example and contributions to my life
I honored his memory, his life, his meaning as a Human Being
And gave his name to my eldest son
“Joseph”

How does a college student celebrate a twenty-second birthday?
A day long party; a meal that’s grand

A sunny January day, broom ball on the ice
Sliding on cafeteria trays down the hill would be nice

A mixer at night; Girls driven in by buses from all over the East
Beer flowing, loud music, snacks a plenty; quite a feast

A night at the theatre, a movie festival ongoing
A spin the bottle contest; a midnight walk

A somber mood, friends all around
Becoming drunk; a night without memory

Restless slumber, not sure where I am
A back room deposited
Survival made possible; vomiting all night

Awakening at day light; a waste basket without a bottom
A putrid mass stuck to the floor; a smell without delight
Alcohol forbidden for ever more

“Mirror, mirror on the wall, who is the most beautiful of all?”
Disney’s words echoing in the minds of all who felt their impact so many years ago
Their effect still remarkable to this day

What is amazing is the image in the mirror keeps changing
Yet remembering earlier images
The tiny baby; no wrinkles, no fears, no cares or needs
Seeing the love of his Mom and Dad in the reflection of light the picture beheld
When his eyes open

The young child washing his hands, his face
Tears running down his cheeks; a cataclysmic event suffered
The mirror there to capture the scene, event; its effect on his soul

The young man standing before the mirror
Practicing, pretending to ask his love to be for a date
Gaining the courage to be vulnerable, to be hurt; to take a chance

The young bride on her wedding day seeing her youth, her childhood
In the eyes of the person looking back

A father crying as news of his Son’s death via friendly military fire
Struggling to understand, to grasp an ounce of meaning from his Son’s sacrifice
The loss of a wondrous Soul; generations denied existence
Yet to be and never to be

A college student seeing the weariness of early morning
On his face after an all-nighter
Wondering, searching for his previous days of innocence
When no cares, no tests, no challenges
Yearning for an embrace, from the warmth of those he loves
Later a man looks into the past, future, the present
And sees his Father; a woman her Mother peering back across the years
Realizations now clear; they had become their parents

The Grandfather holding his Grandchild
Together feeling, seeing, living the love of generations
Of Souls growing because of the love and trust they see in the mirror
An instant photo, a living picture, life’s secrets, promises revealed with one glance
One momentary reflection given great meaning
Life’s revelations forcing their way out of the looking glass
Upon which they must gaze

A life’s story told, retold; different for each Soul
Becoming clear by just looking, feeling the emotions of our adventure
The beauty, the love, the sorrow too much to take in
A final closing of the eyes, no more images beheld; the memories still there
The presence of the departed ready to be resurrected by all who remain and remember
The reflection of their loved ones, always there ready to be seen
Once again, forever

In the beginning, the middle, and the end they were his sanctuary
A quiet place to shield him from realities storms

At first, the trees were young, spread about
New chutes appearing everywhere
No place to hide, inspiration found throughout

The sun could still pierce through
Yet no shadows seen
No north or south, no moss
Open spaces a plenty, a chance to think things through

Years later, trees both large and small
Vegetation spreading about, moss appears
Density a concept whose time had come
Shadows intermingled with the rays of the sun

It became his hiding place
A source of inspiration
Deep thoughts, deep sorrows contemplated
Solutions coming forth from fertile ground

From his source of knowledge to an awakening of the secrets of his existence
An escape hatch had developed
He had difficulty explaining, understanding what it was

After many years of traveling through the woods; taking a million different paths
He kept ending up in the same location; a quiet place of silence and peace
It was a place that healed all his sorrows; kept his discordant thoughts at bay
A place where all nightmares were locked out; his own personal nirvana

The trees a metaphor
A universe from big bang to maturity
From uncertainty to development of ideas
The trees, the forest, the vegetation and dark shadows
He had been walking through his own mind

I do my best thinking standing up
Walking about

I am energized; totally alert
Concepts being expressed in a rhythm harmonic
Understanding immediate
Phrases planted in fields; fertile, barren, or lying fallow

When I am seated thinking disjointed
Words needing to be plucked from my brain; like pulling teeth

Words traveling at glacial speed; I become bored in the middle of a thought
My concepts never heard nor understood
No matter how brilliant the listener

For years, I have given this much thought
Without a viable explanation
Then it occurred to me that I was missing one salient point

When sitting on my butt for even short periods of time
I feel pain from the pressure, constantly needing to change my position

Could it possibly be that instead of residing in my cranium?
My brain embedded deep in my posterior

There will come a time, when all seems lost
My facial features express my pain
But no medical ailment, except I cannot remember
I have no past or future, only eternal present

I will turn away from you, make no sound
My humanity locked up somewhere deep inside my mind

At that moment, do not despair
Please do not give up on me, do not run away
I promise, I will return

Please hold my hand, rub my back gently
Fill the air with my favorite music; recite my poetry and Frost’s as well
Talk to me incessantly

Of our past, your present, your future
Your children, all the moments of your life
Your philosophy, all that is important, mundane

Do not give up on me, I will come back soon
Perhaps a bit tattered, somewhat worse for wear
But it will be me who returns
A promise I will keep