See If This Rings A Bell

Williams Alums report meeting up in some unusual places, but imagine our surprise when Josh Burson ’01 chimed in with this: “Perhaps the strangest place I’ve ever met a fellow alum is in a belltower, learning the ancient art of making thousand-pound bells do donuts."

That may be a contender. But first, some background. Eph alums from several classes gather regularly together to practice the art of English change ringing. Change ringing – which Josh variously describes as an art form, a team sport and a folk tradition – is no small thing. Literally.  It involves ringing church bells, Josh explains, “ranging in weight from a hundred pounds or so to the size of a Buick.” The bells are rung in patterns, ranging in complexity from a simple descending scale to patterns that pay homage to high level mathematical concepts.

How did this group of Ephs come together to pursue this admittedly obscure past time? For Josh, it began when he moved to Boston in 2015, and decided to once again pursue change ringing, something he’d tried and abandoned as a teenager. He found he wasn’t the only alum who had a passion for bells. There was Casey McLellan ’14, who played in the Williams handbell choir, had also been a carillonneur as an undergraduate. (The carillon is a large musical instrument consisting of at least 23 cast bronze bells in fixed suspension. It is usually located in a church tower, but played from a clavier or keyboard.) Casey was awarded a Florence Chandler Memorial Fellowship and spent the year after graduation traveling around the world, studying different kinds of bell ringing from carillons to Japanese temple bells. During her time in Birmingham, England, she became enamored with change ringing.

Returning to the US, Casey, a musician and composer, shared her research at Williams with friends, faculty and undergraduates. Among those intrigued were Austin Paul ’16,  Phoebe House ’16  and John Bihn ’16. The three of them traveled to Smith College, the closest bell ringing tower to Williams, to practice. They, too, got hooked. After graduating, the three moved to Boston, where they met Josh in the bell ringing world.

The pandemic hasn’t spared the bellringing world, and social distancing is near-impossible in the close confines of a belltower. The group hasn’t practiced in person together since last March, though a few have done socially-distant handbell ringing. Josh reports that Bryn Reinstadler ‘15 and Adin Kreiger-Benson ’15 have run socially-distanced handbell peals – performances that meet certain requirements of length, complexity and quality.

But Bryn took bell ringing to yet a new level during the pandemic. Working with her partner Leland Kusmer, she developed an online ringing app (ringingroom.com). While the app can’t, of course, replicate the physicality of ringing, it does allow people to work on other required skills. The app became so popular that it was featured on the BBC and has spawned virtual international peals.

Check out the photos of Ephs sending out joyous sounds.  And by the way, Josh says the “sallies” – the wooly things that help ringers grip the ropes – are only coincidently Williams colors. 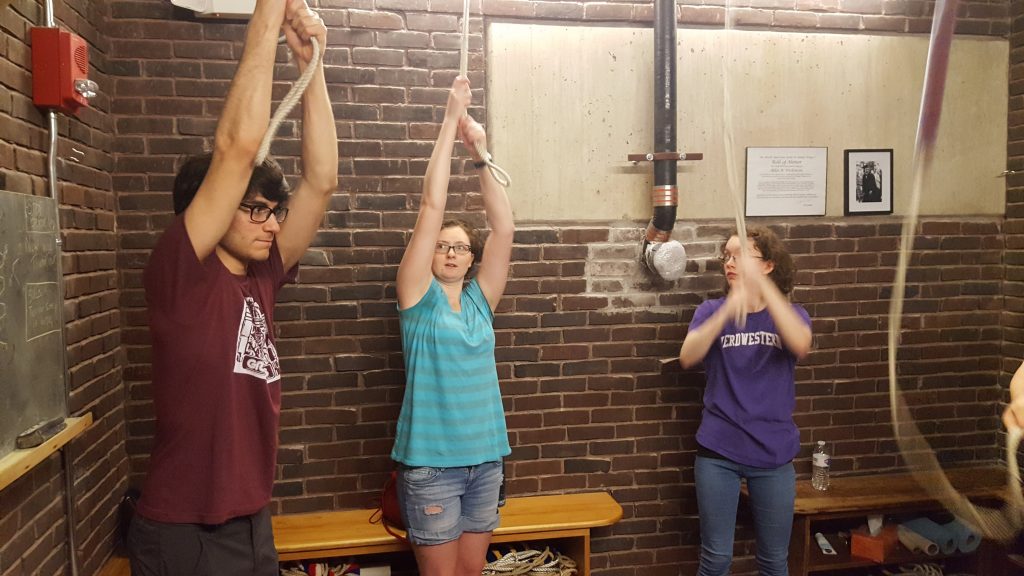 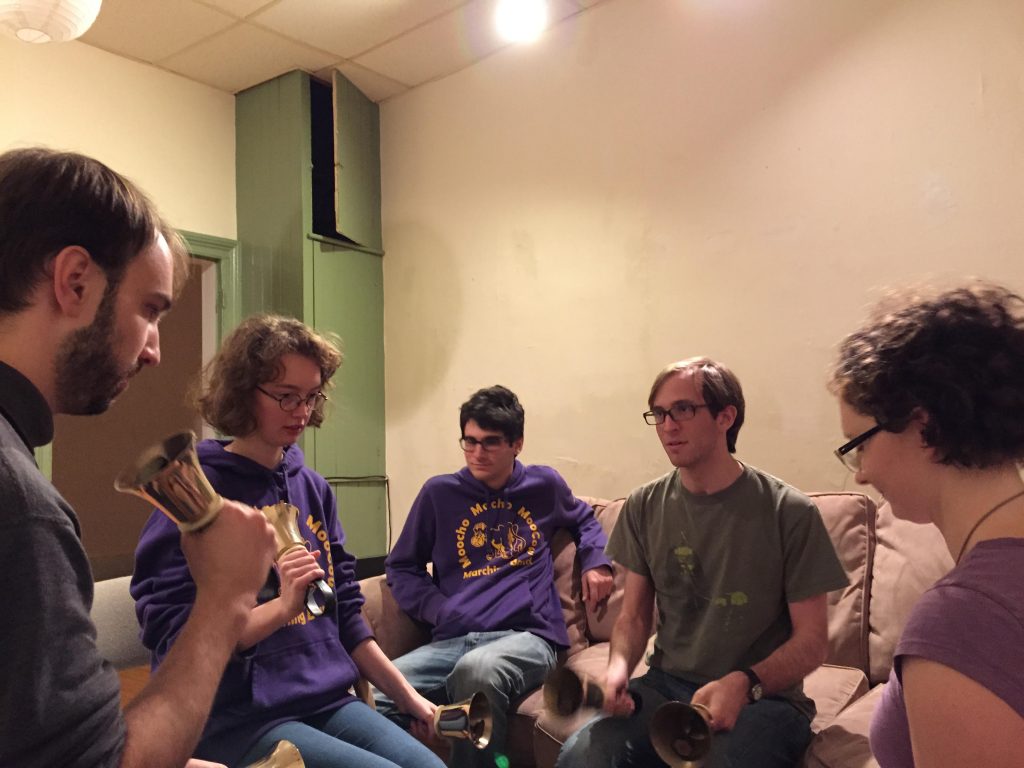 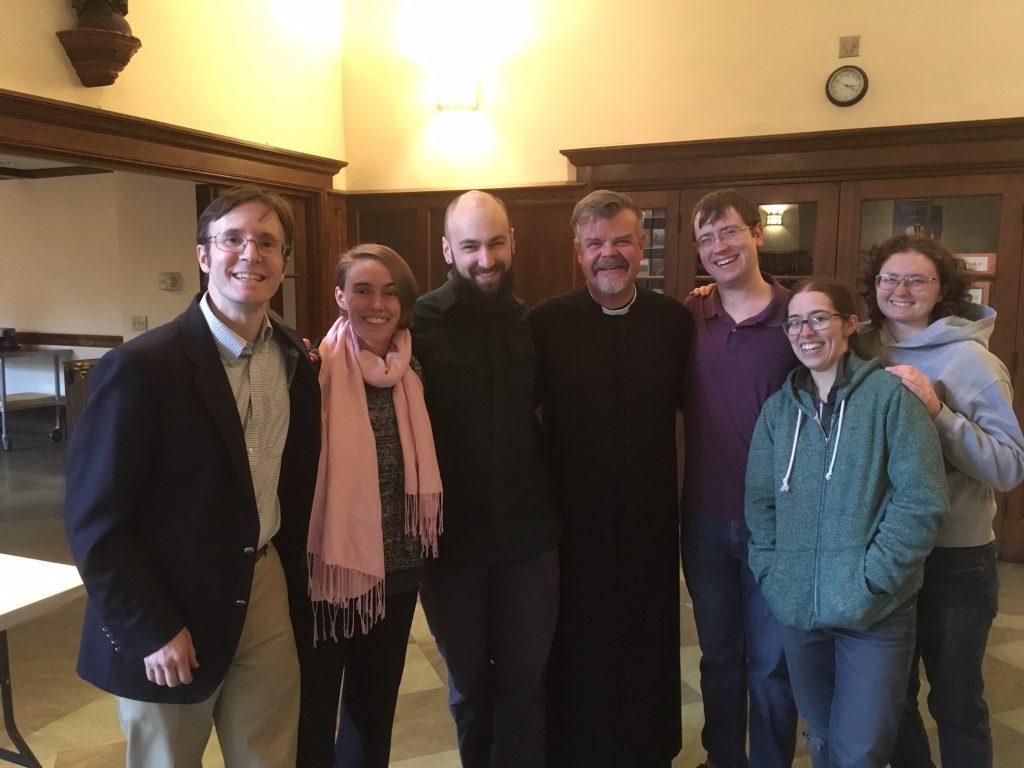 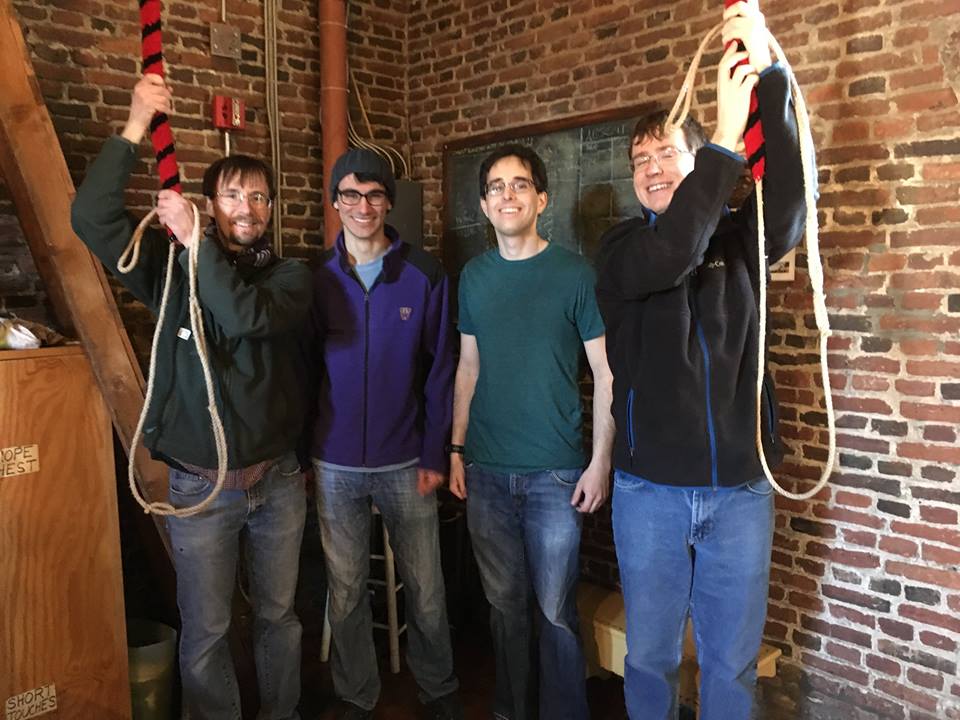 Rob Farnham’s Ode to Ephdom
The Thrill of Giving Back