Proud to be Purple 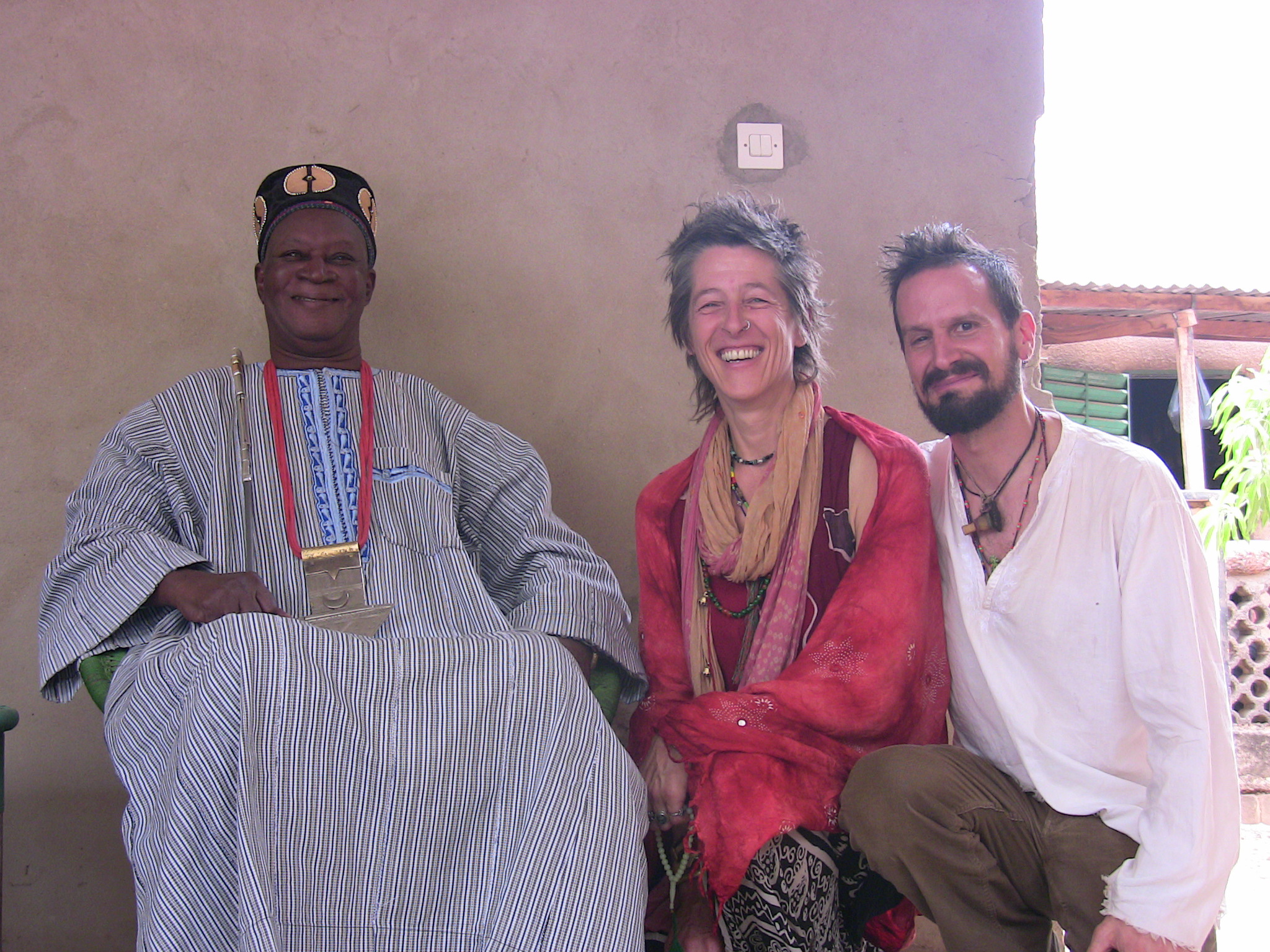 Esu, Ina and the King of Fada

Since I was a child, purple has always been my favorite color. I knew I chose the right school when I realized Eph colors were purple and gold and that Williams was ensconced in the Purple Valley. Despite being an English and theater double major — or maybe because of it — even my prose is purple.

I begin my Eph story after graduation when I studied acting and directing at Trinity Rep Conservatory and followed my bliss to NYC, also my birthplace, where I had some success (more artistic than commercial). I transitioned to television production, where I helped start two cable networks, CNNfn and FOX’s FX. On graduation day in 1988, Henry Cisneros, our commencement speaker, told my classmates and I that we’d be the first generation to have not one but three careers. In less than 10 years, I proved him right when I quit television to surf the dot-com wave all the way to Seattle to find gainful employment with RealNetworks and Microsoft.

But by far the most important thing that happened to me on the Left Coast was finding Dr. Malidoma Patrice Somé, an initiated elder from Burkina Faso who traveled the globe sharing his culture’s “Indigenous African Spiritual Technology” with a western audience. It was nourishment for my soul. Elemental rituals of Earth, Water, Fire, Nature and Mineral, a burial, many much-needed grief rituals, ancestralization to connect us with our Ancestors, both personal and collective … I was hooked. The work changed me. It brought me to Burkina Faso. It introduced me to my wife, Ina, with whom I co-founded an international NGO focused on helping Burkinabè thrive. Perhaps to make the transformation complete, I even changed my name from Howard Ross Patlis to Esu Anahata.

I remember my first trip to Burkina in early 2005, on the roof of the Zambala (where the women gathered to cook), wondering how a nice Jewish boy from Queens had just found the meaning of life in a dry and dusty village in West Africa. Since 2006, I have had an absolute commitment to this work, which aligned me with a deep sense of life purpose. In a grassroots, community-led way, we have benefited more than 100,000 people, mostly rural villagers, many students and some of the poorest of the poor on this planet. Our initial needs assessment was a bit unorthodox. Because we believe in the wisdom of women, because women have their fingers on the pulse of the community, because women would spend money on their children before they spend it on themselves, Ina met with large groups asking them if they wanted to work together (yes) and where they should begin (water).

Since those earliest days, our work has been focused on water, sanitation and hygiene.This work became the hub of a wheel connecting women’s empowerment, sustainable agriculture and facilitating relationships of reciprocity with the United States. To bring my theater background and post-graduate work full circle, we even created a theater troupe to sensitize effectively in a largely illiterate environment on a wide range of topics.

Our organization is called The BARKA Foundation. Barka is an African word that transcends borders, languages, civilizations and time. It’s an ancient word that has its root in the words baruch, Hebrew for blessing, and Baraka, a Sufi word translated as the breath, or essence, of life from which the evolutionary process unfolds. When someone says barka to you, the appropriate response is to say barka to God, because you’ve not only been thanked, you’ve also been blessed. We chose this word as a way to thank Burkina Faso and Burkinabè for the gifts, the wisdom, the richness, the fullness and the laughter we experienced there from the very first day we arrived.

Williams has played a huge role in our success with The BARKA Foundation. I’m not sure our impact would have been possible without the Williams contribution and connection. In 2008 Adam Ruderman ’88 joined the board of the foundation, adding financial oversight and guidance. In 2011 Carrie Tribble ’13 joined our off-grid Shangri-La in rural Maine for a summer internship. She organized “Burkina Faso Day” on the Williams campus in 2012, a full day of activities involving a lecture, a dinner talk, a drum and dance class in the newly minted ’62 Center for Theatre and Dance, a workshop at Mount Greylock High School, and a concert at Lasell Gym by the funk band “Burkina Electric.” Also in 2012, Lindsay Clark ’10 joined us as a volunteer assistant to the board. In 2015 friend, classmate and longtime BARKA donor, Tracy Heilman ’88, joined the board and is now co-chair. In 2018 recent grad Zoe Taylor ’17 joined us for a summer internship in Burkina Faso. Later that year Tracy’s freshman quad roommate, Circe Trevant ’88, a professional development worker, also joined the board. Today, on our board of eight Directors, 50% are Ephs, along with an Eph assistant to the board. You could say that Williams is powering this little NGO that could. BARKA is participating in Williams’ 2021 virtual job fair to continue reaching out to interested students and grads seeking meaningful work in the nonprofit sector, helping us keep the BARKA-Williams tradition going.

BARKA would not be where it is today without the support it has received from Williams, its Society of Alumni and the student body. We are grateful beyond measure, and we are proud to be purple! Barka! 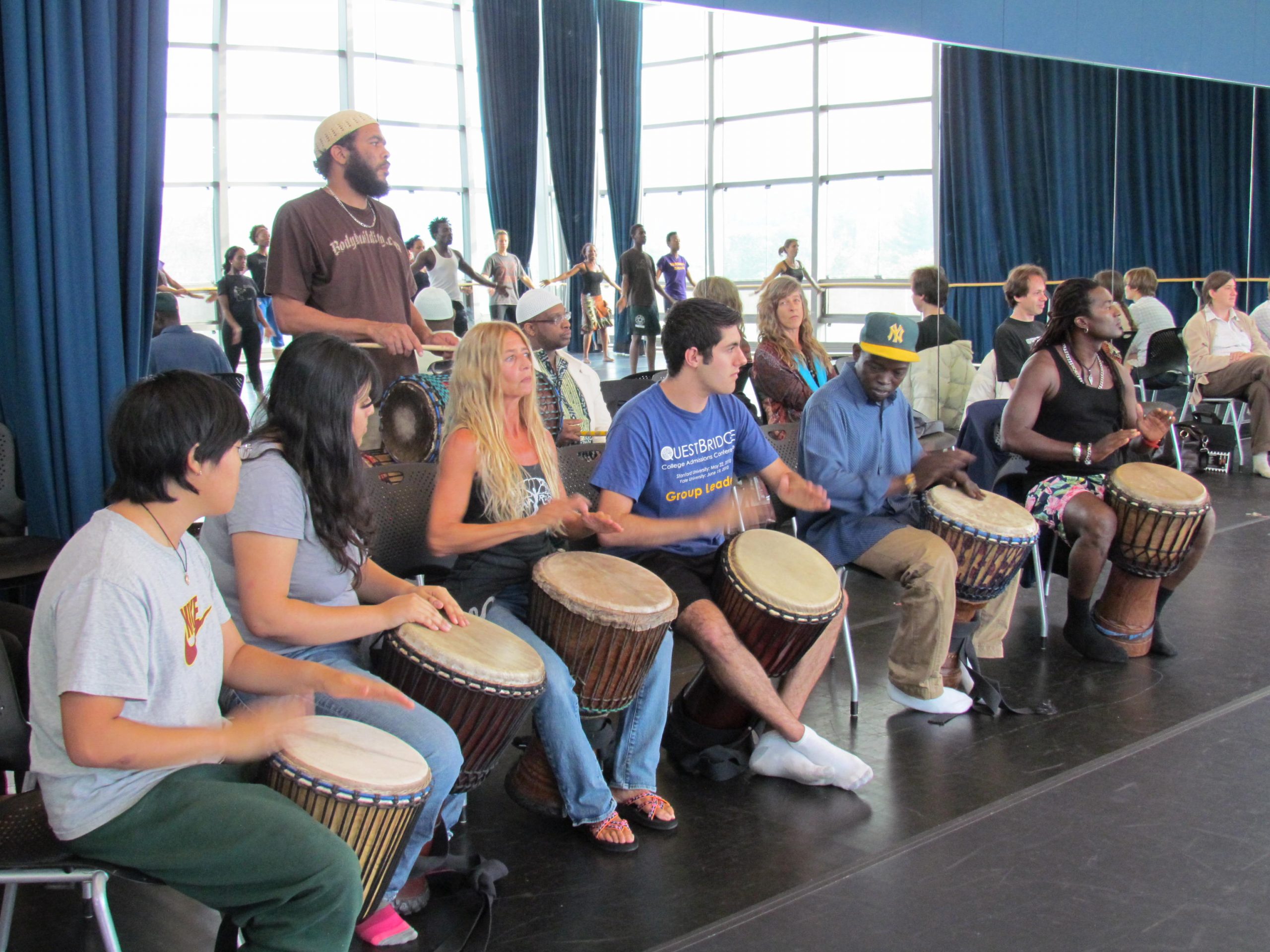