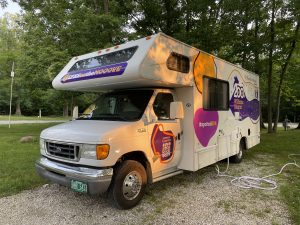 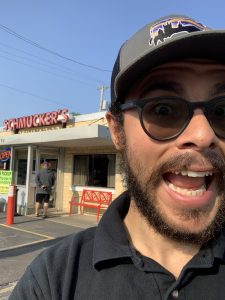 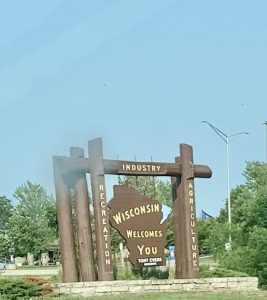 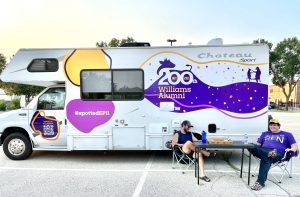 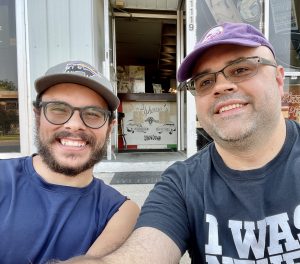 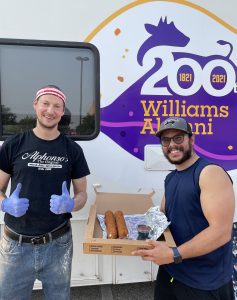 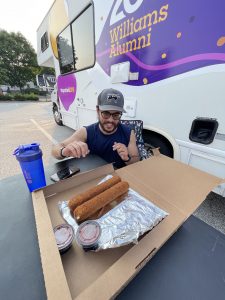 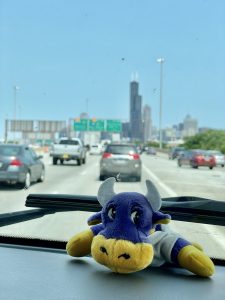 Our first night camping was a success! We woke up to some clean, crisp air, were both rested, no one was attacked by a bear. Big wins all around to start the day. What could top it off? Breakfast from a local gem, like Schmuckers.

For those not from the area, Schmuckers is a family owned restaurant in Toledo. We would highly recommend it if you ever find yourself in Toledo and are looking for a place to grab some grub. Breakfast sandwiches were solid, but the homemade pies were really what made the trip worth it. Juan gave the key lime pie his stamp of approval and Mike wolfed down his chocolate peanut butter pie, which means it must’ve been pretty good too. Stomachs full and Mike with his coffee, the stretch to Chicago (well, really our campground northwest of Chicago, but we digress) began.

The drive was pretty pleasant save for us missing the sign as we entered Indiana. Failed at capturing those signs on day three, so we are doing great.

Anyway, we hit some traffic in Chicago, got to our campground, and enjoyed a bit of a break before hitting the road for another mini trip: mozzarella sticks from Alphonso’s in Milwaukee. They have what they call Lightning Rods that would make most people sick just at the sight of them. Mike was committed to having them.

Before the mozzarella mayhem, we had some driving to do, which involved crossing another state line, how exciting! At least it was until we missed the sign again…

Through human errors in driving and tech errors in our GPS, we ended up crossing back into Illinois and had a second chance to capture the sign. We weren’t failing again and had two cameras prepared. We could travel in peace once more.

The queso quest continued and we got to Alphonso’s in West Allis which was delightful. Massive mozzarella sticks, wonderful owner (shout out to Tim for coming to chat with us and taking a photo with us at the RV!), and a special guest appearance by trivia extraordinaire Ben Kitchen ‘21! He joined us for some casual conversation about sports, tv, movies, road trips, trivia, and WCFM. Not to brie cheesy but it was a gouda conversation with mozza-hella good food.

Fools that we are, we didn’t realize the fireworks in Chicago were on the 3rd, so we drove back from West Allis a bit sad we wouldn’t see the fireworks over Lake Michigan. The cheese was worth it.

We’ve got a bit of a break on the Fourth with a casual meet up in Chicago. Hope to see some Ephs out there!

Stay safe, be well, and enjoy some good company this Fourth!