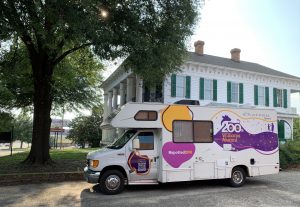 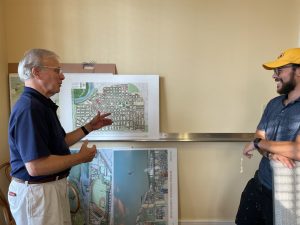 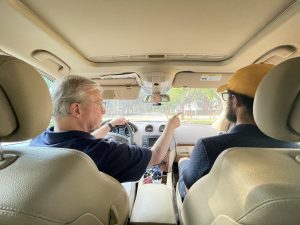 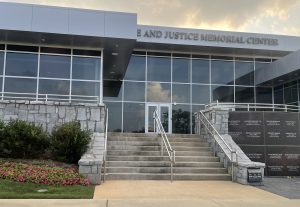 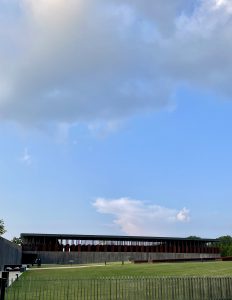 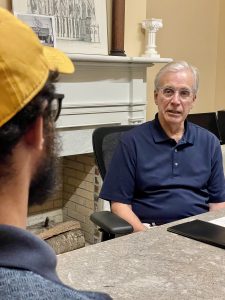 Needing to reroute thanks to height clearances, what should have been a four and half ish hour drive from New Orleans to Montgomery was closer to 6 hours. We got a nice scenic drive around Lake Pontchartrain at least.

Montgomery is a place of a lot of history: Rosa Parks, Martin Luther King Jr. being chosen as a leader, the National Memorial of Peace and Justice, Lafayette stayed there… We could probably go on and on, but not for as long as Don Brown ‘67, our host and interview when we made it to Montgomery.

Don currently serves as a partner at Brown Architecture Studio, which is an understatement of the role he plays. He graciously gave us a mini tour of the Montgomery area, stopping to point out interesting architecture, history, memorials, and talk about the downtown developments in recent history, which his firm has played a role in reinvigorating. We then got to grab dinner with him to hear a bit more of his story, from being a student at Williams to the Air Force to a real mover in the architecture community and occasional lecturer at Auburn. Then we got to hear in our interview about some of his favorite projects, his humble storytelling, and a commitment to doing good because it is the right thing to do. We were honored to hear from him and see some of his work. This is but a small glimpse into all he’s done and there’s a lot more that we’ll save when we share his interview.

At this point, we are almost done with our interviews - in fact, Don is the penultimate formal conversation for us! Tomorrow we head to Atlanta for a gathering and our final formal interview. The last few days of the road portion are upon us, friends.