July 22: No Lanes to New Orleans 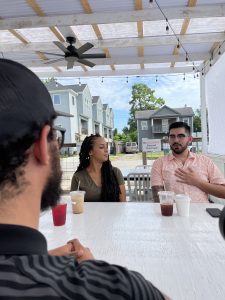 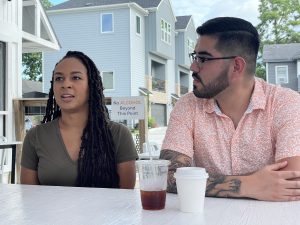 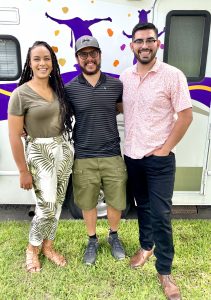 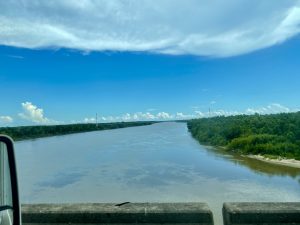 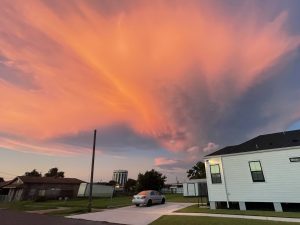 We did make it to NOLA, don’t worry.

After two stops in Texas, your favorite roving RVers (unless you follow anyone else, but we think we are pretty entertaining) had a paired interview in Houston: Jose Lopez ‘17 and Betty Noonoo ‘18. While Jose is actually from Pomona, he happened to overlap with Mike and Juan’s Houston tour and gladly agreed to see his college bud and be interviewed. Jose works as an analytical chemist at a botanical lab with a coffee obsession and Betty is a grade 9 English teacher and avid dancer (fun fact: Ritmo Latino is how they met each other on campus and became friends). They talked about their unexpected paths, the importance of friends/community, and coffee. The conversation wrapped up and everyone wished each other well until next time. Hopefully it doesn’t take long for everyone’s paths to cross again.

Mike and Juan set their sights on New Orleans for some crawfish, another interview and gathering tomorrow, and some brief rest, with no more long distance travel until the 24th. Unfortunately, there was a bunch of traffic between Baton Rouge and New Orleans which killed Juan’s vibe a bit while Mike just continued to play DJ to mixed success. Mike thinks it was better than silence. Juan stayed silent (maybe internal yelling at the traffic), so maybe it wasn’t. Either way, we made it to the accident site just in time to see them picking up traffic cones, so we don’t know what happened, but hope everyone is ok.

We eventually made it and it wasn’t super late, so we were able to relax for a bit before an interview on the 23rd and a gathering by the river (and hopefully those crawfish we talked about earlier).

July 23: Bulbancha – Place of Many Tongues
Creating Space for Belonging