July 20: Spelunking is a Funny Word 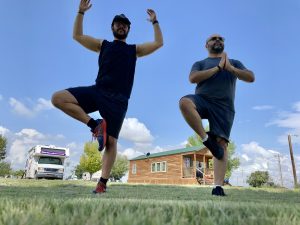 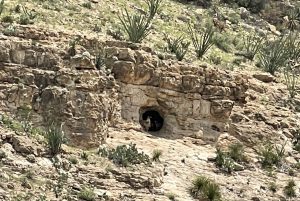 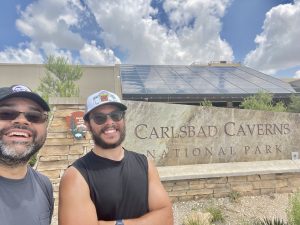 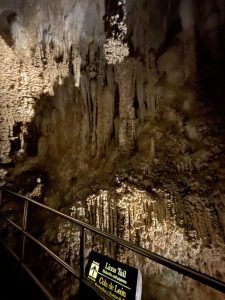 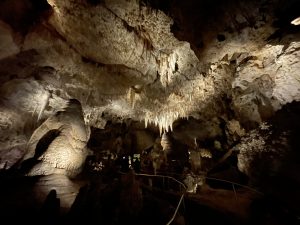 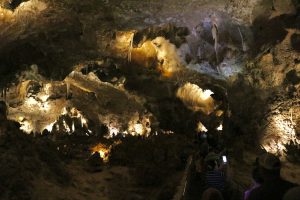 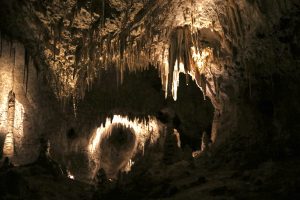 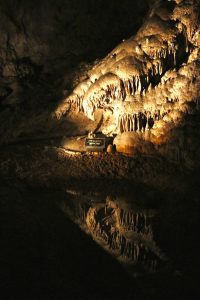 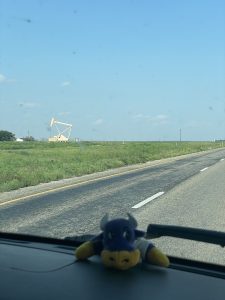 A day of long driving usually means you plan ahead, leave early, and try to take your time. This is not what Mike and Juan did.

First, Nelly’s A/C was giving us some issues, with basically no cold air. We were concerned Nelly was sick again and called for some assistance. Then Mike noticed some melting and bits of ice came flying out when we tried to turn it on again. Turns out that the A/C was left on high too long and some ice began to form. Thankfully, all was good.

We did some yoga to start the day after that little mishap and we were feeling good ahead of a 6-8.5 hour drive depending on which GPS app you use. Then we did a silly thing and dashed over to the Caverns to see if they were actually open/someone had cancelled their reservation and we could go in. Luck was on our side and we derailed our drive!

Naturally, there were lots of cool rocks on the way, and we even spotted some deer in a cave on the road.

Carlsbad Caverns National Park is a fascinating cave network of stalagmites and stalactites and bats (though we did not see anyone while we were there). It’s a completely different experience than the Grand Canyon, but still interesting to see. Spiky rocks protruding from the ceiling and ground, seemingly bottomless pits, random pools of water, it’s pretty dark. Oh and you’re 700 feet underground. Enjoy some cool pictures.

After our spontaneous spelunking (or caving for people who like more normal sounding words), we traversed the Texas terrain toward the Fort Worth area ahead of our double duty day of gatherings in Dallas and Houston. A quick stop for some wings and to watch the Bucks take the championship broke up the trip (and throwback to talking to Ben Kitchen ‘21 about the Bucks when we were eating Mozzarella sticks). Sports!

We rolled in late, got to bed a bit later, and prepped for seeing some Texas Ephs.