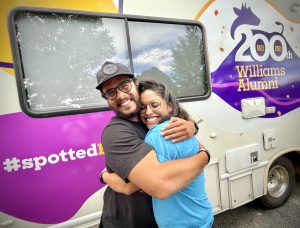 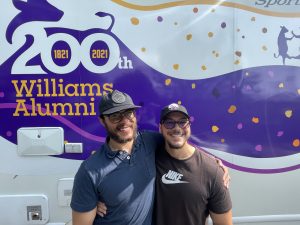 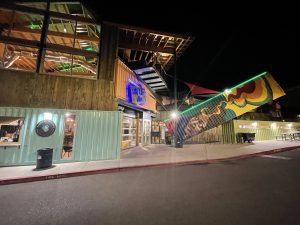 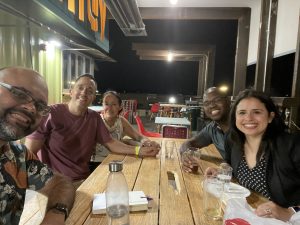 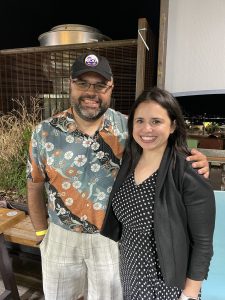 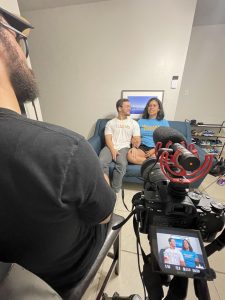 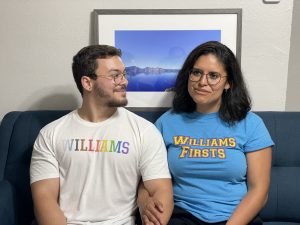 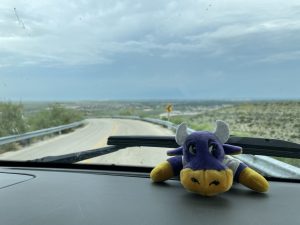 An early night, we got up to hit the road for a very special trip: Albuquerque, New Mexico. The drive was generally smooth, save for a gusty, rainy stretch that led to a small break, so Nelly didn’t get blown over. Safety first as they say. Thankfully, we made it without losing the cover of one of the vents on Nelly. Duct tape can do some wonders but be sure to actually fix stuff folks.

You might be asking yourself, “What is so special about Albuquerque?” If you’ve been following the blog, you’d probably think it is just cool rocks for Mike. Sure, there are those, but more importantly (as this blog has shown) it is the people that make it. We were stopping by to stay with Alejandra Moran ’17 and Kevin Hernandez ’17 who recently moved out here.

There are people that have profound impacts on you in the best, most meaningful kinds of ways, pushing you to be better. Alejandra is one of those people for Mike. Mike was fortunate enough to have spent the past 3.5 years living with Alejandra back in Williamstown while they were both working for the college. Juan captured the purest moment of joy from the trip thus far the moment they were reunited. It might have rivaled some of the Grand Canyon time. They were only apart for a month, but they clearly missed each other a whole lot.

The three 17s caught up with each other over dinner while Juan ventured out to see his classmate, Linda Gutierrez ’06. They convened at a really cool spot called Tin Can Alley where Juan grabbed a pizza bite and reminisced about Williams memories with Linda, her husband Jonathan, and some of their friends in attendance. As it was supposed to be their 15th year reunion, they enjoyed this sort of mini-reunion moment. Linda is a pharmacist currently living in Cincinnati, Ohio with her husband, who does child psychiatry in the air force. Coincidentally, she was back in Albuquerque commemorating the one year anniversary of the passing of her father. The memories kept flowing as the sunset over the outdoor terrace. The toughest part of these encounters is that they must always conclude. However, photos followed along with ‘until the next time’ and lots of hugs. Juan believes in not saying goodbye.

Afterwards, Mike got to interview Kevin and Alejandra, which touched on the key themes of community, gratitude, creating/taking up space as needed, and working to make places better and more inclusive. They’ve already gotten involved in local education efforts and they’ve been in town for a month. While Ale is just starting medical school and Kevin aims to go to business school, they’ve both got great futures as mentors and community builders.

Way back in our first interview with Ashley Cart ’05, the notion of naming love and gratitude out loud came up. The interaction between these three friends brought back up this notion. There was deep love and appreciation for one another that shone through in all of their interactions, as if they had known each other for a lifetime. For Mike, it was a constant reminder to tell people you love and appreciate them, especially people that can stand living with you for that long. For Juan, it was a moment of beauty to behold as there was a lot of joy and warmth in their welcoming space.

We encourage you to take a moment and tell someone you love them, or reach out to that old friend of yours. It can make their day, even if they’ve heard it a million times.

July 19: Weights, Caves, and Flies
We the Purple: Voices from the Road – Part 1