July 14: The One with the Traffic and Steak 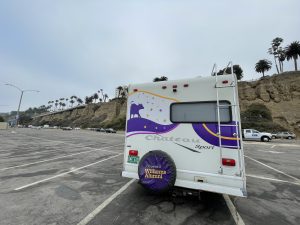 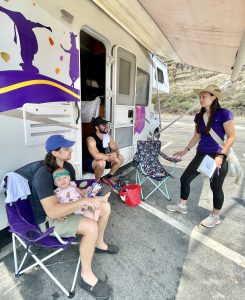 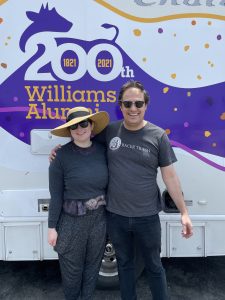 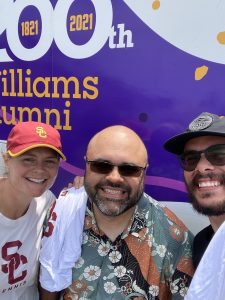 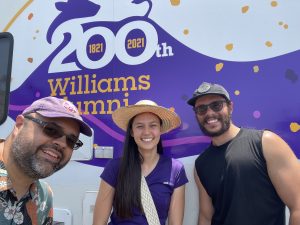 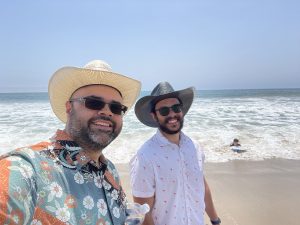 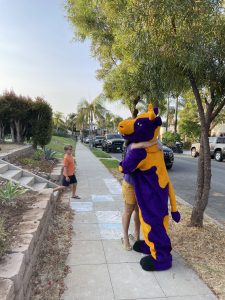 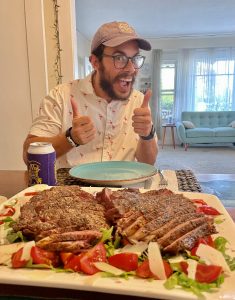 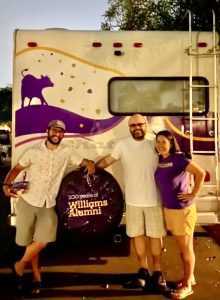 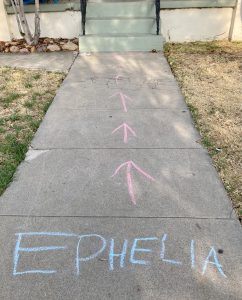 In contrast to our smooth day of reflection, came a day of something we were hoping to avoid: traffic. Before we got there, though, we had a pretty busy morning.

First, we rushed over to a parking lot near the beach to make sure we could scope out a spot for Nelly to hang out. You know what they say: Early RV catches the convenient parking spot. Nelly seemed to enjoy the beach.

Mike and Juan got a ride out to Sherman Oaks to meet with April King ’04, who works as a Talent Agent at ICM Partners with actors across a variety of mediums. Hailing from Jamaica, and coming to the U.S. for the first time when attending Williams, April recounted how she was the only one in Dodd House who had cable tv and was fascinated by the people supporting these actors behind the scenes. In what’s been a more linear path for her, April broke into the entertainment space without any formal networks. She wrote the cover letter of her life that yielded her first entry point. However, something palpable throughout our interview was her confidence, something that she treasures as an asset that has helped her break ground in a challenging space. With the recent birth of her second child during the middle of the pandemic as well as the loss of her father, April embodies a sense of resilience that she attributed to the women in her life that have supported her along the way. We quickly wrapped up, as another meeting awaited her day (it’s definitely not your 9 to 5 type of job).

We returned to Santa Monica to find Nelly enjoying the California sun. We had a little bit of time before alums were stopping by to say hello, so Mike went for a run (he needed more sunscreen on his shoulders) and Juan did some work on his computer (he needed less screen time on his eyes). Eventually, a few folks stopped by while traveling through, took some photos, chatted with us, got some swag, and wished us well. Juan started a book of well-wishes that Mike has to constantly remind him to have alums sign. It’ll be a nice memento after this project.

LA is massive and there really isn’t a good spot to meet up. We apologize to our fans who wanted to come out, but couldn’t spare the 6 hours it takes to do anything. Hopefully in the near future it becomes even safer and there are more opportunities for folks to be together.

LA is also notorious for traffic, which we heard starts at 2pm and ends at like 7pm. How do people live with that much traffic? Mike got annoyed living on Main St. in Williamstown and taking 1 minute to pull out of the driveway. This seemed like it’d be terrible.

We tried to leave just before 2 to drive down to San Diego, which according to GPS should have been like 2.5 hours. 5 hours later, we made it to sunny San Diego. Juan hit a new low of frustration, hunched over the steering wheel, waiting not-so-patiently for merges, growing exhausted and somewhat delirious while Mike kept spinning beats. It was a time. What made it better? Steak. On the drive, Juan got a picture of the steak that was being prepped and had renewed energy to finish the drive.

Our destination in San Diego was the home of Laura Moberg Lavoie ‘99, where she and her family welcomed the weary travelers. Ephelia even said hello and did the Macarena. That’s how exciting it was. Sitting in actual couches? Delightful. Steaks for dinner? Delicious. Adorable children? Present. Great conversations? Plentiful.

For those who might not know, Laura serves as one of the Bicentennial co-chairs along with Aroop Mukharji ‘09. Together, they have really steered the framing of the Bicentennial. Mike and Juan have heard a lot of cool comments about the project, but when Laura said that this project is really capturing what the Bicentennial has been about (people finding their space, breaking down any traditional narratives, and encouraging people to be their whole selves), we felt so proud and humbled. Hearts and bellies full, we had even more energy to push through, though it is crazy that we are basically halfway through this whole project.

We left Laura and her family to head to the campground for the evening to prepare for another gathering in San Diego the following day. Almost halfway there!

One comment on July 14: The One with the Traffic and Steak