From First-Gen to Forever Eph 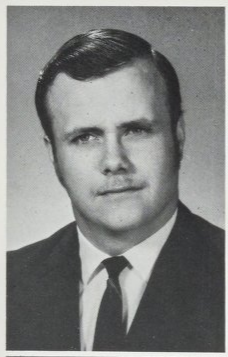 I read a lot about first-generation college students today, but people forget that many of us Baby Boomers were the first of the firsts. Our dads were too busy trying to feed themselves during the Great Depression, and, when it was time for college, they were sidetracked by World War II. Those that made it home (250,000 did not, and another half million were injured) had families to feed and clothe. The college dream was just that—a dream. At that time, Williams was a rich man's school, far out of reach for a middle-class kid from a blue-collar town like me. But times do change, and men like Fred Copeland ’35, Phil Smith ’55 and Phil Wick ’56 realized that Williams was missing out on a lot of untapped talent amongst us “great unwashed,” and perhaps it was time to recruit the sons of the men who saved the world from totalitarianism.

Our Williams class was the first with more public and parochial school students than preppies. In fact two thirds of us were public and parochial. I was one of only four parochial school students in the class, but back then an admissions person from Williams showing up to recruit at a Catholic school was, to put it mildly, greeted with something less than warmth by the clergy.

I arrived full of both fear and excitement. Like most, I was convinced I was the dumbest guy in the entry, but we all got over that pretty quickly when we all got C's on our essays about Emily Dickinson and a buzzing fly. Williams soon became a place to make lasting friendships and expand our intellectual horizons. For me, a gut art class that didn't require too much work during football season evolved into six more courses and a love of art that persists to this day. Ten days after our 50th reunion, my wife and I were standing on a hill outside of Chartres, France, with a majestic view of the Chartres Cathedral soaring to the heavens, guarding the town. A 50-year dream was finally realized, and my eyes filled with tears as I thought back to Lane Faison ’29, Whit Stoddard ’35, Bob Williams, Hodge Markgraf ’52, Charlie Compton, Bill DeWitt and Larry Vankin, all of whom had huge impacts on my life.

One of the questions suggested by the Bicentennial Committee was what keeps us connected to Williams. I don't think I ever disconnected, usually making two or three trips a year to campus for golf, football, the Clark, a cigar with Renzie Lamb, or just to be there. But it is really the friends that keep us connected, including many old, old friendships and many newer ones formed over the years through alumni activities. You all know who you are, and I cherish you all.