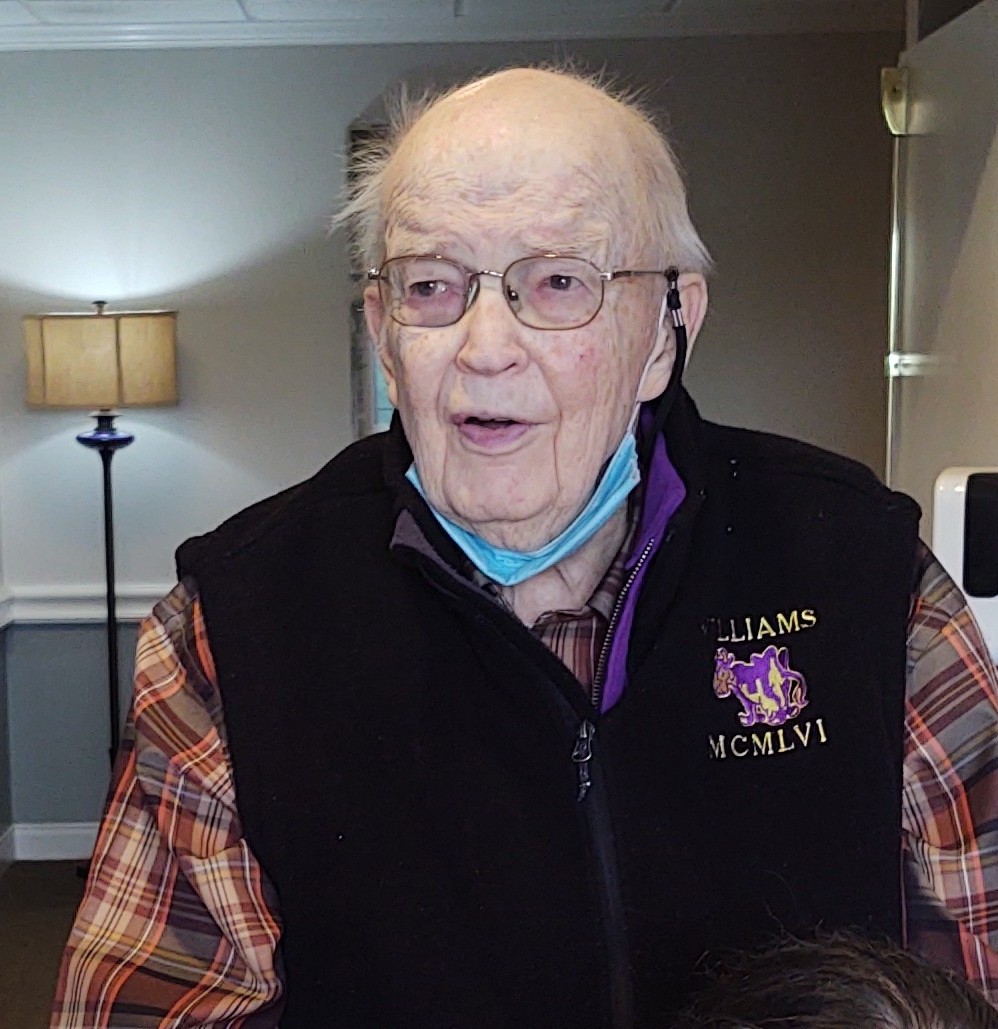 I grew up in South Bend, Indiana. My dad was a clerk at Standard Oil. In my teen years he became a single parent, because my mother was hospitalized with schizophrenia when my sister and I were teenagers.

I was accepted to Harvard, but I decided to go to Williams because they paid my tuition and gave me a job bussing tables at the Williams Inn (now Dodd House.)

An article in Life magazine from the late ’40s showing Williams life at a fraternity party also played a role. I worked every summer building the Indiana toll road to make up the difference and pay for medical school. I was fortunate to graduate from both schools without debt, and I am thankful, mainly to Williams' largesse, as they had just begun diversifying their student body to include guys like me instead of young North East prep school men.

Early in my career, I felt like I might never accomplish anything like my classmates seemed to be doing in industry, government, law and teaching. My wife, Lorrie, will tell you I agonized over that and skipped my 10th reunion because of how I felt. But over time I moved from my internship and residency at the University of Oklahoma to a fellowship at Duke and then on to my commission in the U.S. Army, doing research at Walter Reed Hospital in Washington, D.C., during the height of the Vietnam War to make good on the deferment I got while at Williams. Our three children were born in those years, and I quickly learned I really enjoyed academic medicine and research.

After the Army we spent time at the University of Wisconsin and then settled in the Chicago area, where I eventually became the chief of staff at the University of Illinois Hospital for several years as our kids were going to high school and college. There are too many lessons and stories to share about the arc of healthcare in those days, but I can say that my world changed often, and I felt so well prepared for it and knew it was due to what I learned at Williams.

A few months ago, after an unexpected trip to the ER, I had been admitted to my hometown hospital and was waiting for the oncologist on duty to show up. He walked in, smiled and asked a question about a patient he had to present in front of me and his colleagues when he was a resident at U of I. I realized he had been one of my students when I was doing rounds, likely 30 years ago. The cancer sort of melted away, and we talked about that case, even though he remembered more than me.

So don't ever measure yourself relative to your classmates' achievements. We all learn to be leaders at Williams, whether we lead a business, a courtroom, a family, a set of students, a nonprofit or a government entity.  That day, as a patient in the hospital, I realized that not only had I made a difference for my students, my family and the university, but that it had come full circle back to me. And so I offer my thanks again to Williams and the lifetime of friendships and opportunities it has brought to me and my family.

Finding her Wings
Embracing the Unexpected