During the past 10 years my attachment to Williams has deepened dramatically due to the confluence of my path with that of the college’s to fight climate change. Starting in 2007, the president and the Board of Trustees committed to making the reduction of carbon emissions an institutional priority. One of the early action items was to ensure each new building utilized state-of-the-art building science to build to the best standards available at the time. I was delighted, as I was pursuing a parallel path both in my new career and in volunteer work focused on high performance buildings. Often when I looked on the Williams website, returned to campus, or read Williams Magazine, I saw that the college was paving a path of innovation, experimentation and continual learning. I started to pay keen attention to what was happening.

In 2008 Williams built its first two LEED (Leadership in Energy and Environmental Design) Gold buildings—at the time, a pioneering achievement for an academic institution. My little college was making big waves—outsized relative to its population and its campus.

Williams gained notoriety for taking calculated risks and showing thought leadership in how it spent its money on new buildings. The college increased its accountability, creating metrics for measuring sustainability progress, and specifically carbon emissions. As I took my first LEED training course, I was very aware of Williams’ commitment to LEED standards.

But over the next five years, operators of LEED buildings discovered huge gaps in building science that caused LEED buildings to fail to deliver on direct or implied promises. Initially few people—even those of us in the inner circle—realized the LEED point system resulted in progress toward broad environmental goals but had few requirements that would ensure high energy efficiency, low energy use and low carbon emissions. Imagine my distress when I attended a presentation on the “Top Ten LEED Failures” and Shapiro Hall—one of Williams’ two LEED Gold buildings—was near the top of that List of Disgrace! The roof leaked and ice dams were so bad that they had to close off entrances in the winter. Being a forerunner clearly wasn’t risk free.

But that’s when Williams’ commitment to academic thought leadership doubled and tripled. The college commissioned more buildings, and each new one improved upon the last. Industry knowledge of how to reduce carbon emissions from buildings ballooned with a new focus on building science. If I wasn’t sure if the college was keeping up, I emailed President Adam Falk for clarification or recommendations. I suggested that the sustainability page on the college’s website be dramatically overhauled to highlight the college’s use of new building technologies and sustainable design. The college responded with a now vibrant “Sustainability” tab that aims to educate the Williams community, as well other academic institutions. As a class agent, I also wondered if alumni could choose “Sustainability” as a new category for gift giving, alongside the other four choices.

President Falk had the option added within a week. My college was both listening and taking action. Every college says that their alumni are adopted into a lifelong community. But this was real! I became motivated to both increase my annual giving and to continue the conversation in offering President Falk several more attainable ideas for how Williams could push its carbon reduction commitment.

Fast forward to William’s audacious project to build a Living Building Challenge (LBC) building—in the form of the newThe Class of 1966 Environmental Center. It was a first for a college to place an LBC building prominently in the center of campus. More impressively, the college took on the LBC while knowing that the building would fail to meet the criteria in the first and maybe second years. The explicit vision was to create an experimental lab whereby students and professors across many disciplines would cooperate to witness the failures and iteratively learn how to make the experiment work.

The LBC requirements are stringent. The building needs to be completely self-sufficient in generating all its own energy, capturing its own water, and growing on-site the food that is needed to cook the famous hearty soup and bread that brings eager, hungry students to the Environmental Studies Department weekly lunch. I finally deeply understood what Williams had intended in graduating me to be a “lifelong learner.” I visited the center three times in its first two years.

My learning continues. I graduated from Williams as an economics major. In retrospect, I spent the first 20 years of my career working without much passion in the investment industry. But at age 46 I started to educate myself in what at the time was called “green building.” I needed to make up for having no formal education or experience in engineering, architecture, construction or development. I took a series of jobs which continually got me closer to understanding how buildings use energy and how that use can be significantly reduced. Ultimately I became an advocate of Passive House (PH) design and construction. PH uses the most rigorous metrics of high performance currently available globally. These focus on very low air loss through extremely tight, over-insulated walls and very high ventilation to constantly refresh and filter indoor air for better health outcomes. Indoor air quality has recently become very big news due to air-transmitted COVID19. And equally important, if a building is built to PH standards, it is well on its way to achieving Zero Net Energy via renewable energy (typically solar). Zero Net Energy means zero net carbon emissions from the building’s operations.

To add to my career pivot, I made major changes to my volunteer commitments. I was elected to the board of Passive House MA and therein I vigorously support the mission of dramatically expanding the number of Passive House buildings built throughout the state of MA. And closer to home, in Newton, MA, I volunteer through Green Newton to work with each developer of any large project to seek PH certification or build to PH standards. My mission has been to educate a conservative industry of developers, engineers and architects that PH is well within their reach.

In 2016 Williams stepped forward yet again by committing to replace the old Garfield House with a Passive House building. This turned out to be one of only two PH academic buildings built in Massachusetts in 2019. Soon thereafter, the college rebuilt Fellows Hall (Center for Development Economics) as both PH and Zero Net Energy. I was elated. I drove three hours to Williamstown in the wintertime to witness some of the construction.

The parallel path of my own learning continues is uncanny. In 2018 I went back to school and became a Passive House Certified Builder. Soon after I found myself a spec developer of a very unusual single-family Passive House in Cambridge, Mass. The easiest way to build ultra-tight, ultra-durable walls is to use the simple shape of a box.

But I personally love the graceful and detail-rich Victorian architecture common to the historical neighborhoods that surround Boston. I was warned against the complicated bays, gables and roof angles inherent to a Victorian, as each wall or roof transition creates the opportunity for air infiltration. The risk that this could go very wrong made my design/build architect excited but nervous. It took 1½ years of hearings with the Historical Commission and Zoning Board, neighborhood meetings and a redesign before construction of this crazy idea could even take hold.

In August 2020 construction was finally far enough along to test the air tightness of the building shell. The tests bore scores that were 50 times better than our wildest dreams.

We now know that this house will use 60% less energy than a Massachusetts code home for all the heating/cooling/ventilation and all other electricity uses. The house naturally maintains a uniform comfortable temperature from the basement up through the 3rd floor, with no hot or cold spots, even next to windows or doors (triple pane). In winter, sunlight floods the southern façade to create passive solar heat, while in summer active shading prevents overheating. The indoor air smells fresh from the continual supply of filtered, exterior air, while the acoustical dampening keeps the inside whisper-quiet. The ultra durability of the building materials and doors/windows –much of them imported from Europe–puts this house on a trajectory to last 200 years.

The house not only passed the rigorous requirements for PH certification, but the solar array on the southern roof is predicted to generate 10-20% more electricity than the all-electric house and EV charging station will use. Net operating carbon emissions will be zero. To my knowledge, this is the only Victorian-inspired Net Zero Energy–Passive House Certified home in the world. We did it! When I put the house on the market in early June, 2021, I was thrilled by the huge amount of buzz it created in the Cambridge, MA real estate market. It was heartening to find so many discerning buyers who wanted to live with a dramatically lower carbon footprint. Despite this large demand, currently there are only a handful of developers building single family or small multi-family buildings that are “high performance” by any sustainability measure. Unfortunately, we don’t yet see developers in this market segment being eager to learn how to design and build to much higher standards. Thankfully, at least I was able to accomplish my mission of creating a learning laboratory throughout the construction process. We gave tours to students and practitioners of architecture, building science and engineering–all eager learners. I take heart that PH is growing dramatically in MA in the large multi-family market–ensuring market transformation at scale. Ultimately PH will be adopted by more small housing developers so that more homeowners will be able to buy a home whereby they can reduce their carbon lifestyle. Change will take time, but it’s on the horizon.

Williams has continued to adopt its own audacious goals and to create learning experiences for planners, contractors and students alike. Our mutual vision is clear—to inspire others to do what we can to address the climate change ultimatum. Our goal the stars, our aim the sky! 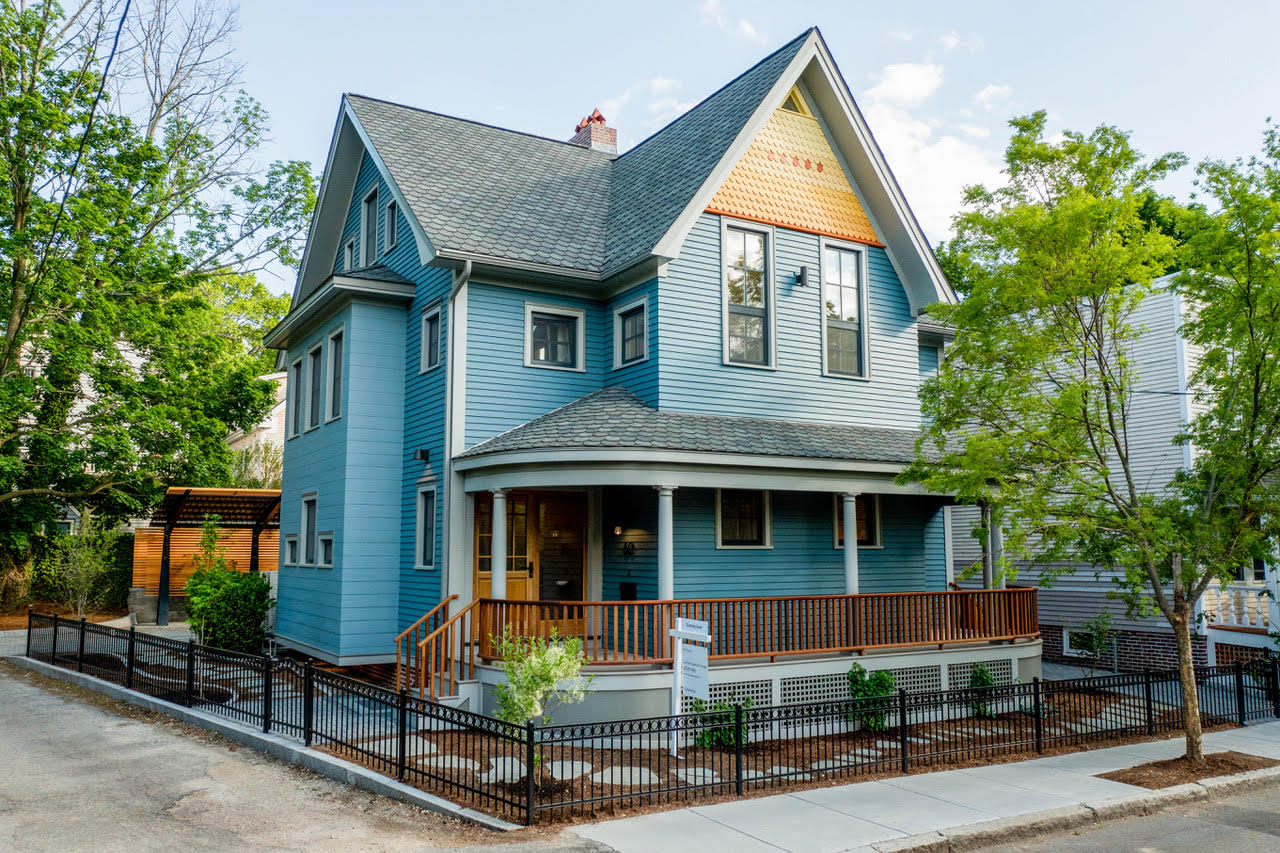 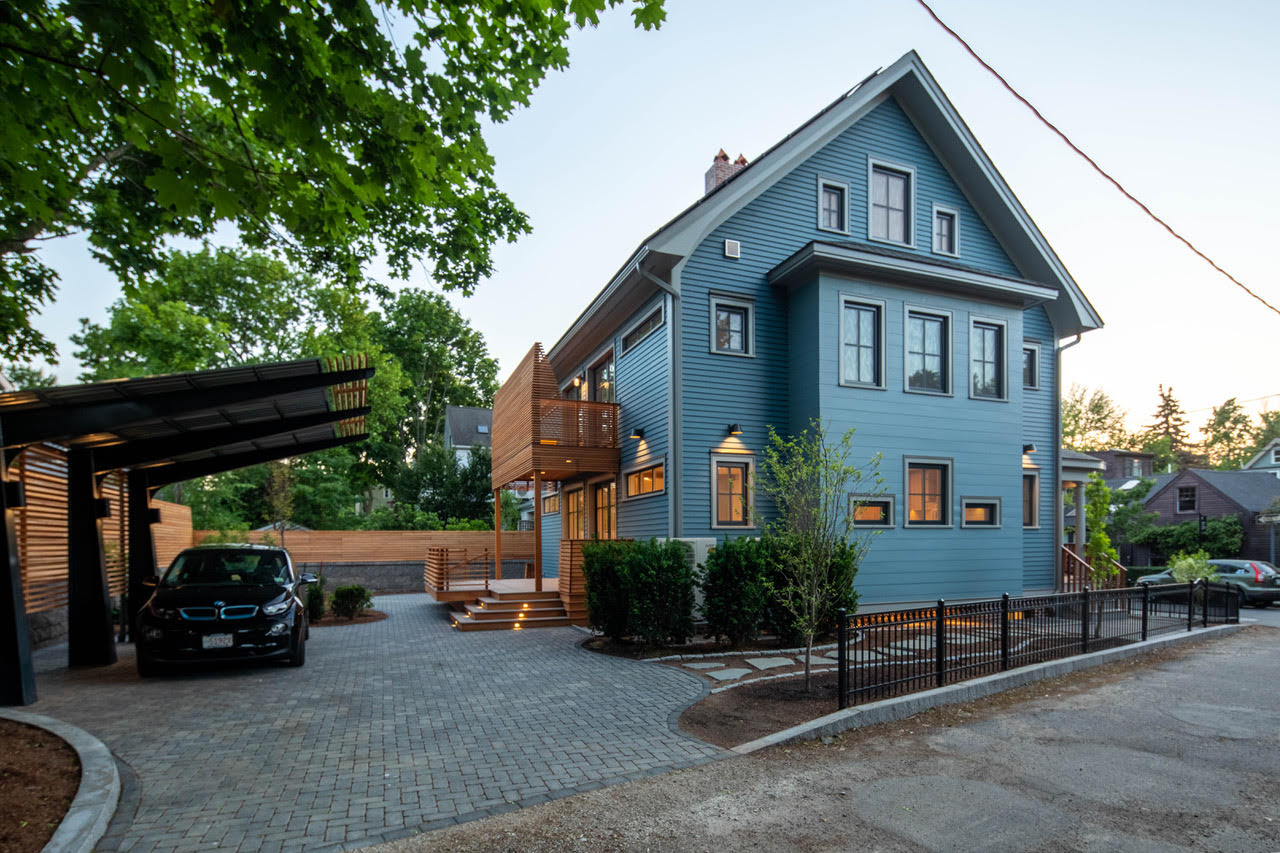 Adventures at Sea and on Ice
Reunion Recognition